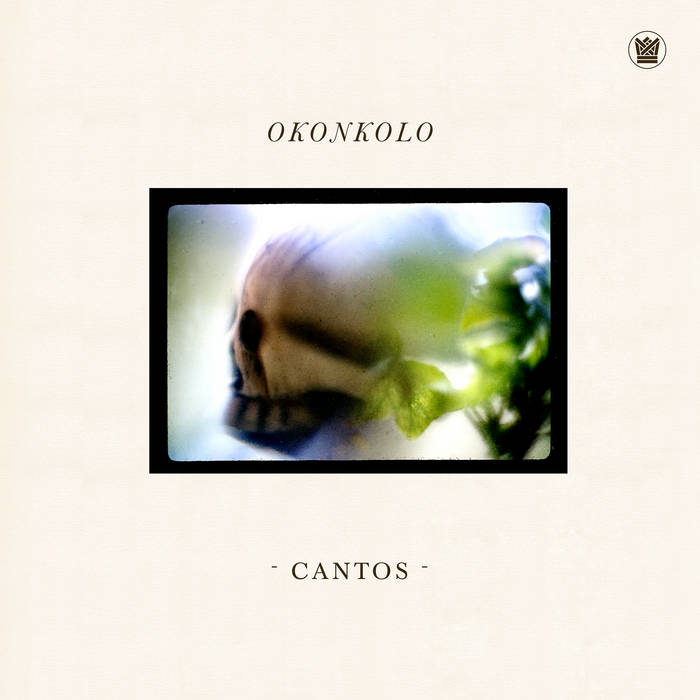 jon Could listen to Okonkolo every moment for the rest of my life and be fine Favorite track: Wolenche Por Chango.

This  is the transcendent realm of Okonkolo: Yoruban Santeria music like you have never heard before. Okonkolo transports listeners to another realm; a spiritual dance with gods beyond our grasp, held together by rhythm, passion and musical virtuosity.

The group is the life’s work of New York-born percussionist and Yoruba Chango priest Abraham “Aby” Rodriguez. His group quietly released Rezos, a gorgeous 10-Inch EP in 2016 on Brooklyn’s Big Crown, and has now returned to give the world even more hypnotic incantations on their debut full length.

Featuring nine songs, each of the group’s religious epiphanies on Cantos follow a similar path, with transcendently hypnotic results. As with all Santeria ritual musical accompaniment, drums are at the center of all offerings – namely, the Bata and Coro. In Okonkolo, they are played by Rodriguez, Gene Golden and Xavier Rivera. Building on these rhythms, vocals play an equally important role in the proceedings, sung in Yoruba, contributed by Aby and the powerful female voices of Amma McKen and Jadele McPherson.

Although not necessarily musically comparable, conceptually Cantos clearly reminds listeners of artists and albums that effortlessly straddle the line between the sacred and the secularly sublime: Nusrat Fateh Ali Khan’s finest work; Ravi Shankar; Alice Coltrane’s Journey In Satchidananda; and many more classics released over the past half century. These are albums cherished by fans, which go far deeper than mere entertainment.

Along the Cantos journey, strains of music from around the world can be heard – Africa, South America, the Caribbean and even New York City. Beyond the drums and vocals featured at any traditional Yoruba / Santeria ceremony, with this album there are additional layers that add to the musical beauty: overlaid on top of traditional elements are jazz-associated instrumentation, including horns, bass, guitar and even lush string arrangements. These additional sounds were created by guitarist and producer Jacob Plasse, who first heard and performed with the group more than a decade ago, and who brought the project to the Big Crown label.

On Cantos there are multiple examples of how this musical hybrid can move listeners. Take “Yemaya,” where plucked guitars break down into dissonant sul pont violin textures. As the batá drums build in intensity the arrangement culminates in guitars and descending clarinet arpeggios, Nick Movshon's propulsive bass brings the piece to a climactic finale. Or “Canto Asoyin” where an imagined Santeria / Stax session gives way to a gutbucket guitar refrain, before transitioning to a high-life section where ancient and modern Nigerian musical traditions wink slyly at each other.

“Ochun” is sung first by Abraham and then by Amma McKen, and each version is quietly startling. Amma's begins with ominous piano chords that lead to plucked cellos and violins in counterpoint against a soca guitar riff, preceding a descrescendo into baritone sax and viola tremolos. As Amma explains, “Through the song, there is possession. We are the vehicles through which all of this positive energy flows. It’s a language, and it’s very sacred.” And then there is “Obatala,” which has a sublime breakdown where pizzicato violins, violas and cellos mimic the different drums of the batá ensemble.

Many listeners will barely register these mercurial arrangements and their admittedly strange juxtapositions against Orisha music. Only upon closer inspection does one become aware of how these ancient songs are being shifted and reimagined, and how they linger ethereally between worlds, just like the orishas.